It’s almost like I fell off the face of the earth. I know in one of the last posts I wrote said I was going to get out of this mental funk and start blogging again. Well, the road of life has a way of taking you places, doesn’t it? For a guy who rides motorcycles almost every day, I really never saw this coming. I think some of the mental block I was experiencing was actually from riding my motorcycle. In the last couple of years I rode to Boston, L.A. and Sturgis a couple of times and the many miles of local roads can sure put a lot of stuff into perspective. But it also took some of the fun out of it. I wouldn’t trade any of those miles for anything, but I was at a point where I was riding without appreciating the fact that I was doing what I love so much. Instead of riding to clear my head and put my life – past, present and future into perspective, I was just rolling along with my head in this thick cloud of stuff. I’m not sure, but at one point I decided I needed a change. A big one. One that makes you question your own sanity and shit your pants. Sorry, but that is the only real term I could think of. So without too much hesitation I made a complete career change and now I’m transporting recreational vehicles from the manufacturer to their dealer destinations. In simpler terms, I move RV’s around the country. I know, right?

Since I started my blog I have written so much about riding my motorcycle and the random thoughts that roll around in my head and the life I’ve had growing up in the small town of White City Kansas. I’m sure if you have read any of what I’ve written you will get to know me pretty well. And I must admit this blog has opened up so many doors for me in the powersports industry and I’ve had an opportunity to not only get so much better at this but to also meet so many great people along the way. And it goes even further than that. I have also been contacted by several organizations to be a consultant within the powersports/financial community, talking trends about local, regional and national stuff in the business that I won’t bore you with. Who would have thunk a small town kid from White City would be contacted to write articles for magazines and talk with investors about what goes on in and around my small world? Thank you Jmadog Blog. So with all this I became less carefree and more of a stick in the mud. I think so anyway, others may say I was riding a wave. And what do I do? I take a break from writing and although the riding was still a big part of who I am, I still felt like I needed to figure it all out. Besides, the grandkids and my beautiful daughter moved back to Colorado Springs and I realized how important this was for them but also how difficult it would be for Paw Paw. Did I mentioned I made a career change? Let me tie all this together for you. So I started following the RV industry. Sounds boring, doesn’t it. Well, with all this talk about where the powersports industry was headed – with an aging Baby Boomer customer base and no generation coming in to take their place – I started doing my research. The RV business is on a steady incline and has been for a few years and then it hit me; This is where the powersports/Harley-Davidson customer is going. they’re buying Side-by-side off road vehicles (a growing segment in the industry) and RV’s. But wait, that’s not what made me change careers. I was coming back from Oklahoma after picking up a motorcycle from another dealer and on the radio they were talking about FEMA moving RV’s to Texas and along the coast after the hurricanes and at that point I wanted to be a part of something that made a difference. Not that I didn’t think someone buying a Harley-Davidson wasn’t changing someone’s life but c’mon I think you know what I mean. And so here I am. After traveling twenty-six states in the last two and a half months, driving as of today, 34,000 miles, I can say without hesitation that at this point I’m doing what I need to be doing. I also have plenty of time to think… Just the other day a memory came to me from when I was a kid and we were visiting relatives in Benkelman Nebraska. My folks and all my aunts and uncles would go out for the evening and leave us kids at Duane and Bonnie’s house to entertain ourselves. Great memories with my cousins for sure but when the adults came home my Uncle Duane would cook breakfast and to this day I can still see him doing this and smell the bacon. I haven’t thought about that for a long time. There’s more to this story but I’m sworn to secrecy.

I’m not going to kid anyone. This change has had a steep learning curve when motorcycles came so easy for me. I’ve made a couple of sacrifices and I’m willing to do it to achieve my goals. I’ve never doubted my abilities to adapt to any situation and let’s face it, I’m a pretty likable guy. Just sayin’. As I gather my thoughts and shift a few gears, I will see where this takes me. 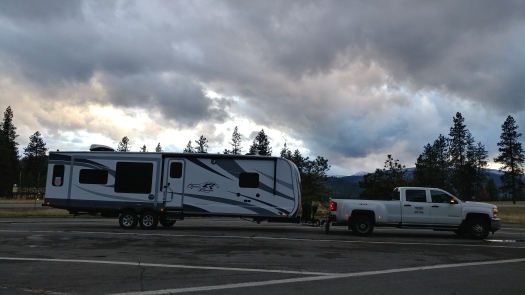 7 Replies to “Baby Boomers and Bacon” 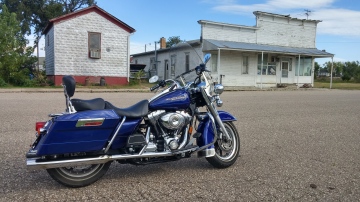