And just like that, 2016 is behind us. Last year when I wrote Mind Over Matter I made some generic resolutions, much like everyone else around me – to eat better, exercise, appreciate stuff and be nice to others, blah, blah, blah. You know, like we’re supposed to do anyway. Well, I did some of those things except for the exercise and eating right. There’s just something about food…and furniture, that keeps getting in the way. This year I’ll try, I promise.

This was a year to remember for sure. I actually hooked up with three fellows from across the ocean and rode with them on their epic journey across the U.S. My part of it had me riding through Kansas and sharing some of the fine roadside attractions such as the World’s Largest Ball of Twine. The Ride 50 at 50 crew of David, Adrian and Andrew made me feel welcome and not only took me in as one of their own, I also made some lifelong friends in the process. Thank you fellows! We also discovered Blip Roasters in Kansas City and Ian welcomed us with open arms as well.

But I did ride my motorcycle to the east coast.  A trip that came together at the last minute, it was something I didn’t think I would accomplish any time in the near future – but it happened. Along with the regular trip to Sturgis, it was a month full of miles and smiles. Somewhere in the mix I mamaged a ride out to Colorado Springs and that, combined with the usual commute to work, added up to a lot of miles. It was nice to get my head cleared a bit and see some different scenery. You know the kind, where although you’ve never been there it all looks eerily the same but just different enough to keep you wondering “have I been here before?”

You know the kind, where although you’ve never been there it all looks eerily the same but just different enough to keep you wondering “have I been here before?”

It’s hard to believe that we’re entering the year 2017. If I still wrote checks this would be that awkward time when every check for the next thirty days or so would have the wrong year written in and then scratched over with a 7. But that doesn’t happen any more.

So instead of making some other humorous resolutions for this coming year, I’m going to turn the tables around and challenge you to a few;

Be nice to a stranger. Not in the sense of just being a decent human being, but to actually put out the effort and engage with people you don’t know. This is easy for me as I don’t have a problem interacting with folks I don’t know.

Believe in yourself, and have the confidence that you can. Because when you believe the rest will come.

Take a moment for yourself. It’s easy to get caught up in everything around you, focusing on the needs of others and it’s easy to forget about stopping to breathe it all in.

Remember those we’ve lost, but also share that precious time we have with those standing around us.

5 thoughts on “Bring It On” 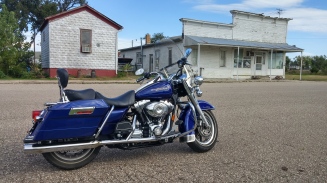 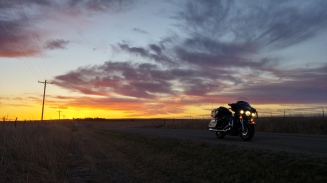 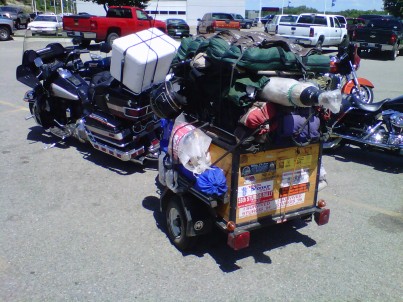 There are many great women doing wonderful things for our sport of motorcycling, and @thunderpress May issue features several! @staciwilt @ridetofood is right there in the mix! Check out this issue, follow their social media and recognize #womeninmotorcling and go subscribe to @thunderpress and get their digital issues. Great reading! @jburgessmoto
@harleydavidson Road-Rod? Rod-Glide?
#youload16tonswhatdoyaget #charmin #angelsoft #workinman #singleply
Get'er done #Bandit #eastboundanddown #blacktransam #4x4 #coorsbeer #burtrenolds #legendary #theseventies #smokeyandthebandit
A #mario birthday for Corbin!
Happy birthday to one super busy 5 year old!
Dead badger in the parking lot at work... hurry before it melts
#fireandice Another #Kansas sunset
Its been a year since I traveled the country pulling RV's for @horizontransport This was truly a great experience for me and I think about it every day. Marion and his crew treated me with the utmost respect and I appreciate that in a company. Never a bad experience, and everything they told me to expect was exactly right. No regrets and deep down inside there's a part of me wanting to get back at it. Thank you for the opportunity!
Christmas day and a quiet ride reflecting on this past year. #peace
Hmmm... #teslatruck #dundermifflin #pyramid
#miniaussie #dogsofinstagram A hard day playing in the snow and it's time to #chillax Maverick and Levi #sundayvibes @miniaussieskansas
#chevroletsilverado #bowtie #winteronetonland It is a winter one-tonland! @chevorlet_trucks @chevrolet @duramax_diesels #dually #Duramax
My latest blog "Postcards from Kangolia" is up! Link in bio. @tedsimonfoundation #jupiterstravels #Kansas #mongolia @bmwmotorrad
My latest blog "Motorcycle Mentor" is up! Check it out with the link in my bio #decemberrides #niceweather #bmwgs #bmwmotorcycle #motorcyclementor #teachthemyoung
Maverick the #miniaussie checking out the lake water from this morning. Always curious and happy to be sniffing around. #dogsofinstagram
#miniaussie Maverick #turkeydrunk #bellyup #dogsofinstagram #dogs
Thanks once again to @haul_bikes for their #topnotch service and #world-class drivers! Anther bike shipped!
...and then the street lamp said "my shift is over." #Kansas #kansassunrise #whitecitykansas
%d bloggers like this: