As a teenager in the ’70s I was completely distracted by girls and motorcycles. If I only knew then what I know now, I would be in better shape with both motorcycles and women in general. You see, some of the motorcycles I owned back then have become new again. Highly desirable and worth more money than originally priced. Examples include, Honda 305 Scrambler,  1975 Yamaha DT175, Harley-Davidson X90, 1976 Husky 175, a Yamaha TY250 Trials and the list goes on and on. Sometimes, even in the moment, we are aware we should hold on to something with everything we have knowing we may never get them back. I know now I was never thinking they would be worth more than what I had invested, but living in the moment has its price. And I paid that price in full.

I was a child of that era and it goes beyond just motorcycles and girls. Cars and trucks came and went just as easy. 1966 Plymouth Fury, 1970 Dodge Charger, 1972 Dodge Charger, 1956 Ford truck, 1961 Ford truck Uni-body, 1949 Chevy truck, 1967 Chevy short-wide bed truck…see the trend? What was I thinking? But you have to remember, to me, cars and bikes were just a moment in time. Girls on the other hand were different. Like hair styles and bell bottoms. High School and dating. Transportation and recreation. Buy and sell or trade. Some were great deals and others were, well… not so great.

Even the Levi’s I was wearing back then are worth money! Say what? Yes, and in high demand. I’m not sure the pea green or sky blue leisure suites my mom made for me with her McCall’s Patterns would be worth much now, but who knows? Stranger things are happening. Some people save things from their past with hopes of it being worth something, but when it comes time to actually sell said things, they can’t part with them. They have a name for that. Hoarding.

As much as I appreciate the beauty of the Honda 305 Scrambler or the ’70 Dodge Charger, I can truly say that I am so much happier having owned and enjoyed them without the worry of damaging them or decreasing their value in some way. We rode hard and drove hard back then because we were living life. 8-track music blaring through cheap speakers or our Levi’s bell bottom pant leg chewed up from the chain of our motorcycles. It didn’t matter because we had a date that night! 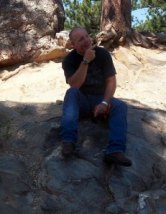 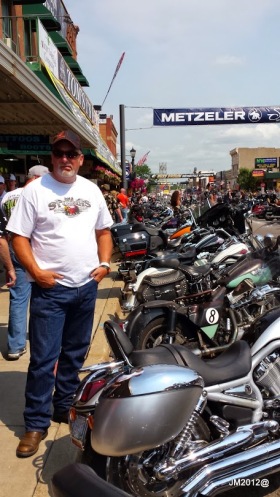 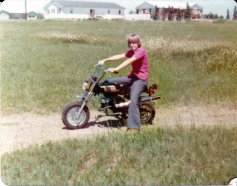