An American icon, John Wayne is a man’s man. A “take no shit from anyone” attitude mixed with the strength of two men. Work hard and speak your mind. Be honest and stand up for those who can’t stand up for themselves. Do the right thing and the rest will take care of itself. I think you get the idea. But if John Wayne rode a motorcycle, what would he ride? I believe he would ride something that stands for freedom and prosperity. Something that says to those who don’t ride “I am who I am and I don’t care what you think.” But he would present it in a way that would make you say “I want to be like him.”

He would ride across this great country in a way that only he could. A Harley-Davidson Motorcycle would be the bike of choice, as both invoke the heart, soul and the lifestyle that this nation and John Wayne represent. Rough and rugged but always a gentleman. Standing the test of time is more than just out-lasting everything else. It is changing the feelings and emotions of those impacted by doing it in a positive way. It is creating a culture that reflects our thoughts and beliefs by example and speaking the words that we’re all thinking.  Just say “Harley-Davidson” and there isn’t anyone who wouldn’t know what you were talking about. Say “John Wayne” and the same is true. But the words that are not said are the important ones. Both the man and machine were built from the ground up relying on hard work and the will to rise above the crowd to become the Icon they are today.

It is the emotion that both John Wayne and Harley-Davidson evoke upon us. It’s created who we are as a nation and gives each of us the uniqueness of how we define ourselves today. Even though we are all individuals we have an uncanny knack of believing that good will always triumph over bad, the good guy will always get the girl and we will all ride off into the sunset. It doesn’t always end that way, but we will never give up the notion that it will someday.

Courage. Freedom. Expression. Be yourself and you’ll be better off. 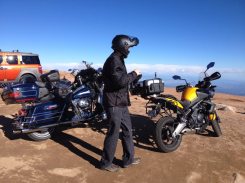 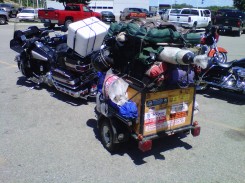 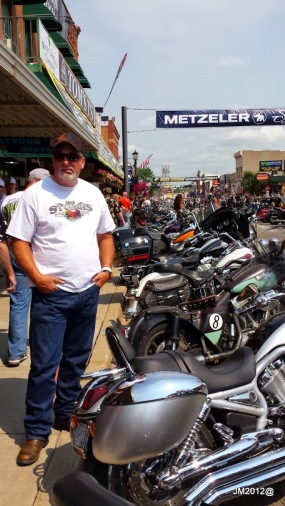 Get'er done #Bandit #eastboundanddown #blacktransam #4x4 #coorsbeer #burtrenolds #legendary #theseventies #smokeyandthebandit
A #mario birthday for Corbin!
Happy birthday to one super busy 5 year old!
Dead badger in the parking lot at work... hurry before it melts
#fireandice Another #Kansas sunset
Its been a year since I traveled the country pulling RV's for @horizontransport This was truly a great experience for me and I think about it every day. Marion and his crew treated me with the utmost respect and I appreciate that in a company. Never a bad experience, and everything they told me to expect was exactly right. No regrets and deep down inside there's a part of me wanting to get back at it. Thank you for the opportunity!
Christmas day and a quiet ride reflecting on this past year. #peace
Hmmm... #teslatruck #dundermifflin #pyramid
#miniaussie #dogsofinstagram A hard day playing in the snow and it's time to #chillax Maverick and Levi #sundayvibes @miniaussieskansas
#chevroletsilverado #bowtie #winteronetonland It is a winter one-tonland! @chevorlet_trucks @chevrolet @duramax_diesels #dually #Duramax
My latest blog "Postcards from Kangolia" is up! Link in bio. @tedsimonfoundation #jupiterstravels #Kansas #mongolia @bmwmotorrad
My latest blog "Motorcycle Mentor" is up! Check it out with the link in my bio #decemberrides #niceweather #bmwgs #bmwmotorcycle #motorcyclementor #teachthemyoung
Maverick the #miniaussie checking out the lake water from this morning. Always curious and happy to be sniffing around. #dogsofinstagram
#miniaussie Maverick #turkeydrunk #bellyup #dogsofinstagram #dogs
Thanks once again to @haul_bikes for their #topnotch service and #world-class drivers! Anther bike shipped!
...and then the street lamp said "my shift is over." #Kansas #kansassunrise #whitecitykansas
@epocheyewear ASR Lifestyle-Magnetic are my go-to eye protection when riding my motorcycle. A #veteranowned company providing the sunglasses for the Life you Live. All day comfort and they make me look good!
Follow @ridetofood and experience the journey of my friend Staci as she finds the best rides and food that we bikers are in constant search of. She's the real deal and I'm proud of how far she has come! #ridetofood and support those who do so much for our sport! And check out her amazing merchandise! Do it!
#flatearth Short 80 mile ride today through the #flinthillsofkansas Maybe since it was a short ride it should be Flint Hill of Kansas (singular) #bmwgs #bmwmotorcycle #Kansas #gravelroad #Jmadog.com
%d bloggers like this: